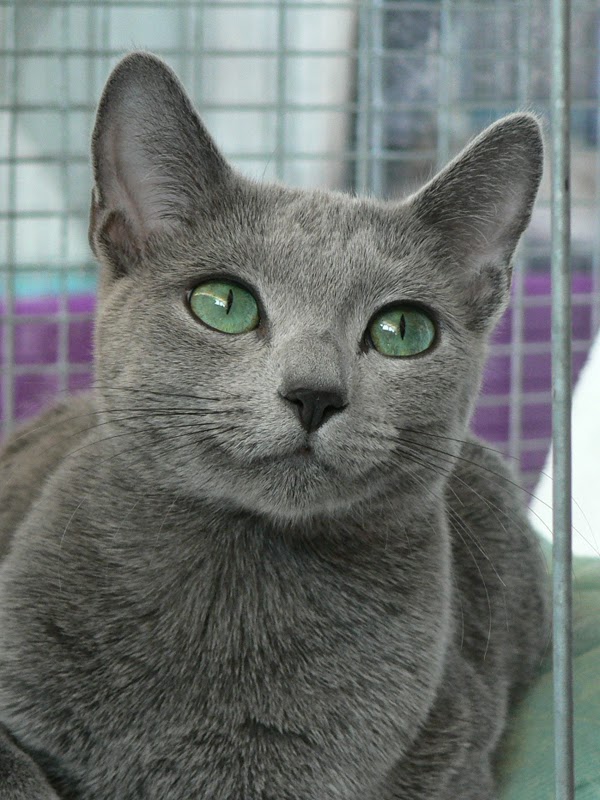 Russian Blues or the Archangel cats are the medium sized short but dense haired coat cat breed that according to most of the cat books proved to be originated in a small city in Russia situated along the Banks of river near White Sea.They can not be called as an ancient cat breed as their oldest existence is confirmed in 1860s.However the Russian Blues that we see today are most probably different from their ancestors as they have faced different phases of development in different parts of the world like Scandinavian countries,England and the most in USA.Russian Blues are naturally occurring cats and the reason why they were brought by the sailors to England was their big green eyes,shiny coat and above all because of their intelligence.Along with many other cat breeds Russian Blues were also introduced to outside world in Crystal Palace,London in 1875.It was not till 1912 that they were started being classified from other Blue coated cat breeds.
Like many other cat and dog breeds World War also affected Russian Blues badly and at the end of the war there was just a few that were left and also few breeders to keep this breed alive.Here their History took a turn and these cats were then bred some English domestic cats and also with the Siamese cat which has again spread the gene pool of Russian Blues.These cats were already been imported to United States before the World War took place.The Russian Blues that we see today are the result of their breeding in United States with several other breeds to make the breed standard better.Russian Blues were first registered by CFA in 1949 and have won many cat awards up till now.Russian Blues are today one of the most famous cat breed all around the world.
Image Source:naver