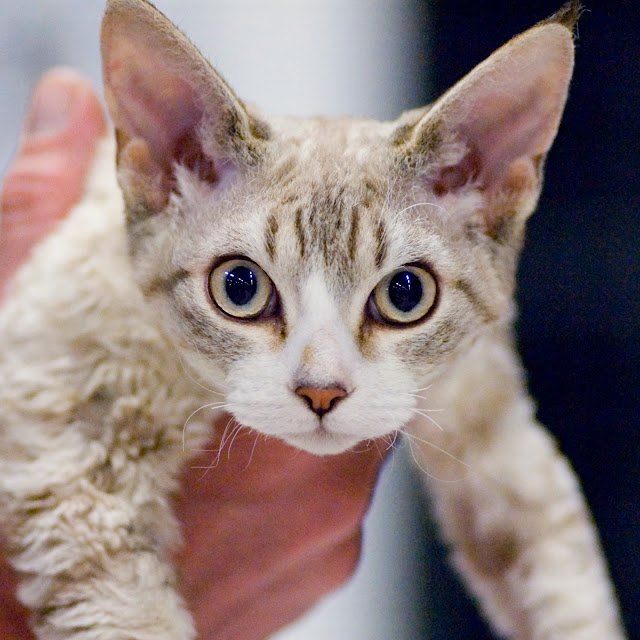 Devon Rex cats are naturally healthy cats and do not suffer from most of health disorders present in Feline World.These active and intelligent cats have quite good and long lifespan.However the sometimes do suffer from some inherited health disorders that are explained here.

HYPERTROPHIC CARDIOMYOPATHY:
Devon Rex cats have tendency to develop Hypertrophic Cardiomyopathy.This particular heart disease affects almost all members of feline world.This disease is caused by thickening of the inner heart muscle that prevents the normal blood flow and affect the working of heart.This disease can also appear in early days of kitten and can cause immature death.A cat needs a yearly scan to keep it confirmed that it is not suffering from HCM.

HIP DYSPLASIA:
This is an inherited disorder most of the cat breeds suffer from.Actually a hip joint has two main components a ball and a socket.In this disease the ball and socket in the hip joint does not fit together as a result are no longer able to bear the pressure and cause massive friction in joints.This disease usually appears in the early age of a cat's life.It can badly affect the physical activity of your cat and would gradually make it too weak.

DEVON REX MYOPATHY OR SPASTICITY:
This is an inherited disorder often associated with Devon Rex Cats.It appears in early stages of a kitten and can be dangerous in severe conditions.Affected cats becomes weaker quickly and are unable to perform normal neck and head movements.The shoulder blades becomes more prominent and all these things causes massive muscle weakness.Cats suffering from the disorder shows high stepping forelimb gait and bobbing head.

CONGENITAL HYPOTRICHOSIS:
In this health disorder the affected cats either loses her hair from specific parts of the body or the body hairs becomes very thin and the hair follicles starts disappearing.Males and Females both are equally affected.There is no such treatment present for the disorder.The disorder can disappear automatically with time.
EAR WAX:
Devon cats have big ears that can catch a lot of dirt which may cause many ear problems to occur.Check you Devon Rex cats ears regularly to reduce any risk and at least clean them weekly with the cat ear cleaners provided at nearby pet store.
Image Source:flickr