Cat's have always been adding beauty to our lives.These creatures with amazing natural beauties have served mankind in different ways.They have been used for religious purposes in past.As a hunter in mills and as a pet for houses.They were also thought to bring good or bad luck in different parts of the world.However nowadays cats are the second most kept pet.The number is increasing day by day but unfortunately with the same speed their number is increasing in shelters too.That might be the careless behavior of cat owners and inability to develop understanding between cat and his owner.
According to CFA statistics there are almost more than 85 million cat owners in United States.Such greater numbers can also be seen in other different parts of world.In Australia almost 6 million people own cats whereas in United Kingdom almost 14 million people own cats.Here are the top 10 most popular cat breeds according to the number of each cat breed kept by cat owners. 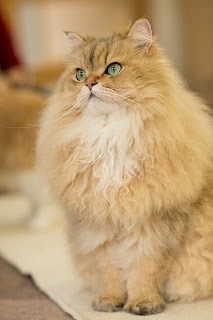 Persian cats are not one of the oldest cat breed.It appeared in 17th century in Middle east.It is thought to have closest relation with an old domestic Turkish Angora cats.Persian cats are considered as the most popular cat breed.They are now divided into several different groups based on their origins and difference in their coats,colors and appearance.They are famous because of their long flowing coat and big eyes.They have medium sized bodies and are delicate cats that likes to rest almost 2/3 time of a day.Persian cats can be hard to keep.Their long coat needs daily and careful grooming.They are prone to obesity and hairballs.Obesity may also lead to Heart diseases like HCM.Persian cats are not so vocal and are independent cats who likes to do things on their own.They are also social and develop good bonding with their families and owners.Persian cats need determined owners who really have time for them.See All Types of Persian Cats. 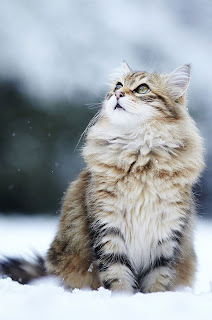 Another long haired cat breed use to with cold temperatures of North America.The largest number of these cats are were seen in Northeastern part of America in "Maine" from there they have got their name and are also thought to have their origin there however it is still not confirmed.They are the most kept cats in United States and are considered as the second most popular cat breed.Maine coon cats are thought to be one of the oldest domestic cat breeds with amazing hunting abilities.These large sized cats are affectionate and get along well with other pets.They have quite good long lifespan(See lifespan of Maine Coon).Maine Coon cats are also prone to HCM and some bone disorders.These cats get along well with other pets.They come in variety of different colors with unique patterns.These cats take quite a long time to reach maturity.They take almost 4 years to become completely adult. 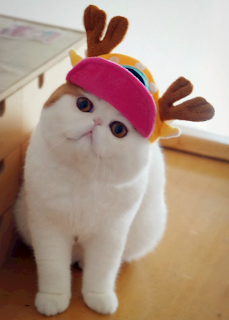 These cats are one of the types of Persian cats and the biggest difference is in their coat length.The breed wasn't developed intentionally but got famous due to their extra cute looks and characteristics that best resembles with Persian cats.These medium sized cats comes in variety of coat colors and patterns.Exotic Shorthairs also get along well with other pets and children.They are not aggressive at all and show gentle behavior.In other words if you need a Persian cat and don't have time to groom it daily then Exotic Shorthair would be the best for you.These cats are prone to heart and eye disorders.Sometimes Exotic Shorthair kittens are born with long haired coats and are called Persian cats.These can be trained easily but you need to develop a good understanding for that purpose.Exotic Shorthair cats may have lifespan lasting up to 14 years. 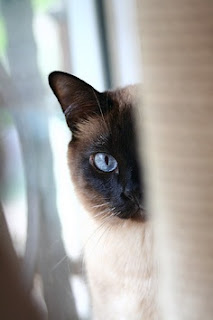 Like many other cat breeds exact origin of Siamese is also a mystery.However these cats are thought to be originated in Thailand and because of (The Siam) they have got their name as Siamese cats.These medium to large sized cats are one of the most vocal of all cat breeds and can be demanding sometimes.They are intelligent and clever.You can not hide any thing you do at house if you keep a Siamese cat.They have silky coat with markings on their paws,face and ears.Siamese have quite a big litter sizes and also have good long lifespan.(See litter size of Siamese Cats).Siamese cats are true attention seekers they always wants to be noted and would show you by their gestures that you are ignoring them.Siamese are affectionate and get along well with other pets.They have ability to understand human emotions and also have tendency to be close to one of the family members.Siamese are also prone to HCM and some skin disorders.Siamese are perfect for experienced and determined cat owners. 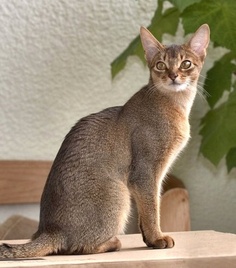 Exact origin of Abyssinian cats are unknown.However the evidences of their existence tells of their roots in Egypt.Abyssinian cats that wee see today are affectionate,energetic and playful.They have well developed muscular bodies with dark colored dense coat.Abyssinian cats make good family companions and are easily trainable.They are keen to learn new things and takes good interest in the activities around them.Abyssinian cats are easy to groom.These cats are prone to some health disorders like Progressive Retinal Atrophy that appears normally in late age.(See Health Problems in Abyssinian Cats).Abyssinian cats like to play fetching games and are often called Dogs like Cats. 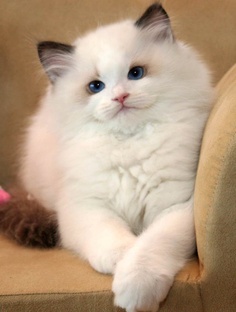 These large sized cats were bred in America and are considered as the 6th most popular cat breed.Their hunting abilities can never be ignored.They have medium length dense coats.They have big round shiny blue eyes.Ragdoll cats are affectionate and delicate feline members and `make good family companions.Ragdoll cats are descendants of Persian and Turkish Angora cats.Their dense coats have ability to withstand harsh temperatures.These cats are trainable and are independent.They are not very vocal and would like to do things on their own.Ragdoll cats are energetic and needs significant place that suits their size and activity requirements.Ragdoll have average litter size of 5 kittens.Ragdoll kittens are sold on high prices due to their beauty that works as a milestone in attracting cat owners and breeders towards them. 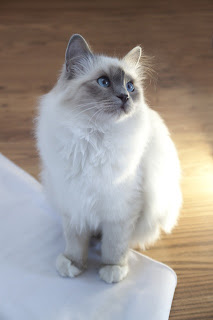 Birman cats or "The sacred cat of Burma" are thought to have their origin in Burma.These cats have faced plenty of decline periods in their popularity.They are now considered as the 7th most popular cat breed among all feline members.Birman cats are vocal cats who likes to talk with people around them.They are also social and like to be in people.Birman cats can't live alone for longer periods and that may make them bored or sick in worst cases.Birman cats that we know today have been through different phases of development and have become more suitable to be kept at houses.These cats are often confused with Burmese cats that is quite a separate breed with different characteristics.Birman cats get along well with smaller children and have never seen showing aggression towards them.However every single pet would feel insecure when you'll get another when and for that you need early socialization. 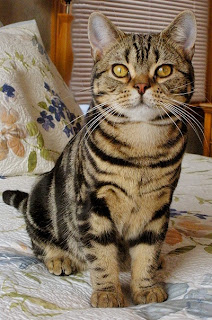 American Shorthair the handsome cat has been ranked as the 8th most popular dog breed.These cats have dense coat that is easy to groom.Most prominent of their abilities is hunting.They are not vocal and truly depends on his own resources.American Shorthair cats are energetic,affectionate and playful.They would like to follow you wherever you go and have tendency to develop strong bonding with their families.These cats are intelligent and are good in learning new things.American Shorthair cats get along well with other pets and children.Excessive breeding has affected every breed but proper training can make your cat a well behaved feline member.American Shorthair is a healthy cat breed that does not suffer from most of genetic disorders present in feline world.However HCM is a disease that affects almost all cat breeds.American Shorthair cat be perfect for you if you are finding a low maintenance cat. 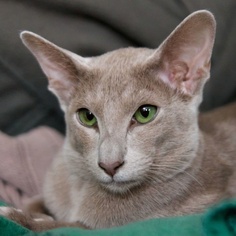 Oriental cats go up and down in their rankings but have been carrying their position among the most popular cat breed from several years.They are most related to Siamese cats both in appearance and characteristics.Oriental cats have slim bodies big pointed ears and big round eyes.They come in variety of coat colors and patterns.Oriental cats are social and likes to be in people.They have tendency to be more close to specific persons in families.They can easily become bored if left alone.They are intelligent and clever.They can easily learn tricks.They are vocal cats that never keep quiet in any case.They are easy to groom but not so easy to control.You need significant time to keep your Oriental cat happy. 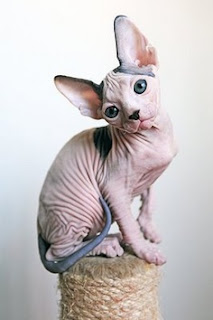 Sphnyx the so called hairless cat ranked as the 10th most popular cat breed according to the most registered cat breed statics.Sphnyx cats have big eyes and pointed ears.The normally have some hairs on face or on their tails.Sphnyx cats that we know today are affectionate,energetic and playful.Sphnyx are thought to be hypoallergenic but are certainly not.(See Are Sphnyx Hypoallergenic).Sphnyx are easy to groom and are also easily trainable.They have endless amount of energy and they need significant place to express it.Sphnyx get along well with other pets and also small children.These cats have great ability to understand human emotions.Sphnyx is healthy cat breed but are prone to some genetic disorders.Sphnyx are also prone to some skin disorders.Sphnyx does not have large litters.They may have up to 6 kittens in a litter.Sphnyx have good long lifespan and make good family companions.

Labels: Cats
Email ThisBlogThis!Share to TwitterShare to Facebook
at 07:43