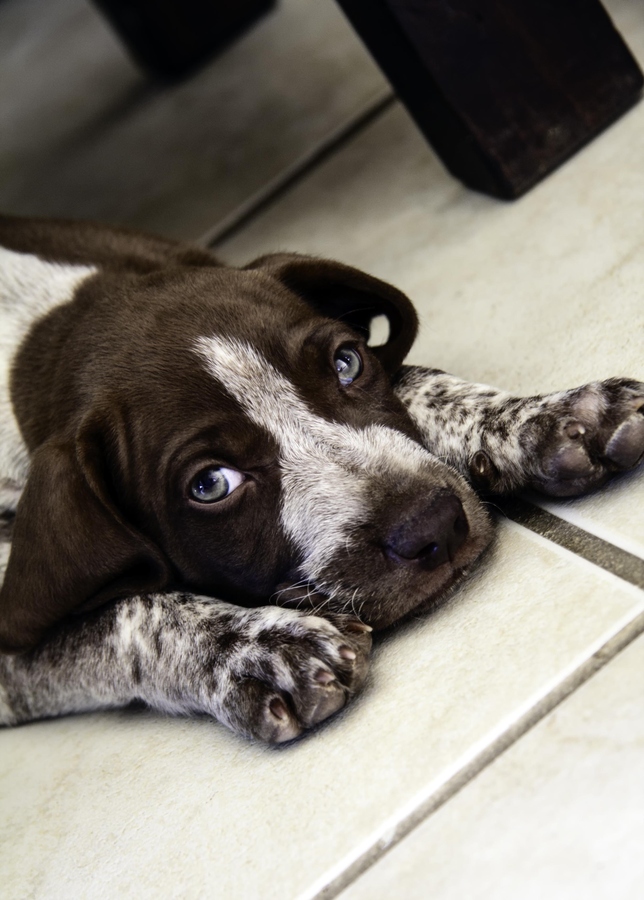 German Shorthaired Pointers the dogs filled with numerous qualities and often called as the most versatile dog breed.This is generally a healthy dog breed with strong immune system that saves them from suffering many different health disorders present in Canine world.However each dog breed is prone to some health disorders.Some of them are genetic while others may develop due to carelessness and non-suitable conditions.Here are some diseases German Shorthaired Pointers are prone to.By knowing such diseases one can save his dog from a bigger damage.

HIP DYSPLASIA:
This is one of the most common bone disorder in Canine World.This is an inherited disease most of the dog breeds suffer from.German Shorthaired Pointers are also prone to Hip Dysplasia.This is a hip joint disorder and mostly occur in dogs in the form of Canine Hip Dysplasia.Actually,a hip joint has two main components a ball and a socket.In this disease the ball and socket in the hip joint does not fit together as a result are no longer able to bear the pressure and cause massive friction in joints.This disease usually appears in the early age of a dog's life.It can badly affect the physical activity of your dog and would gradually make it too weak.

OSTEOCHONDROSIS DISSECANS:
This is a genetic disorders that occurs during conception.Cartilage that is present in joints to prevent bone friction is unable to perform and convert into bones where needed during development of puppy completely that results in massive friction and leads to other bone disorders.The starts appearing in puppyhood and mostly effects large sized dog breeds.
CANINE CANCER:
Cancer is the most leading disease disorder that causes most deaths in dogs every year.Cancer is a numerous division of body cells and can appear in any age but have been seen mostly in old dogs.The cancer is curable in it's early stages but one should be aware of it's symptoms to nip it from the bud.Almost 35% of all dogs die with cancer.Common symptoms of Canine Cancer are as follows.

ENTROPION:
This is a seizure disorder that appears in two forms including Idiopathic and acquired.In this disease most of the dogs show abnormal behavior like snatching or attacking.A dog may use as much force as it has to get anything.Your dog may run if set free suffering from Epilepsy.Dogs show this abnormal behavior due to the affect in electrical impulses that carries orders from the brain to be performed.

BLOAT:
This disease appears due to the excess of gas in stomach and can cause death in severe cases.This disease is commonly known a as bloat.When the pressure in the abdomen increase to an abnormal extent the stomach twists and a dog your dog is not able to vomit and tries to find a suitable posture to reduce the pain.The disease may also cause a specific organ death in your dog.
Image Source:handsomedogs