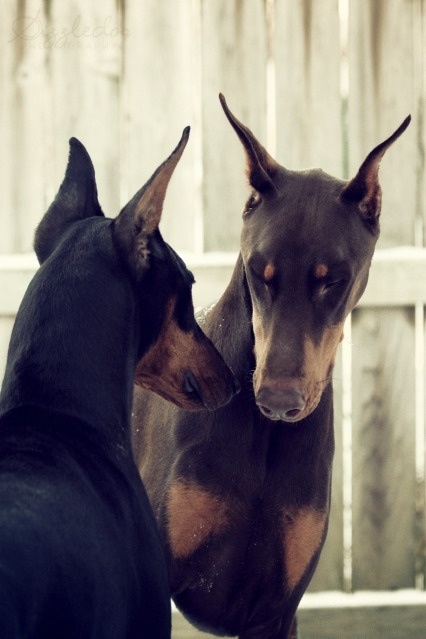 Doberman Pinschers are included in Working group according to American Kennel Club classification.Dobermans are known for their several abilities and guarding is the most prominent of them.These dogs have well developed muscular bodies with ability to run fast,long muzzle that helps them provide enough oxygen to the body during high activity times.Here are some interesting facts about Doberman Pinschers.