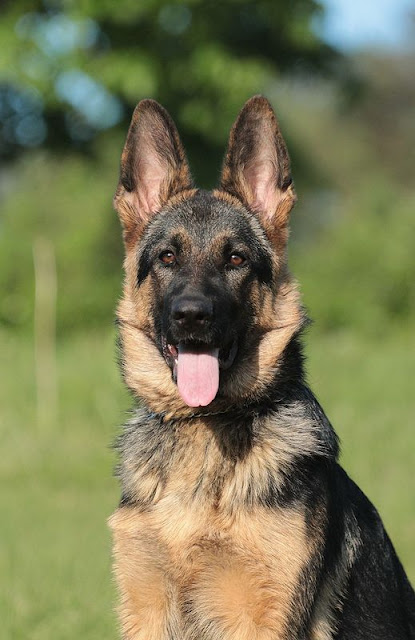 Different dog breeds are prone to different health disorders and same is the case with German Shepherds.German Shepherds are best describes as intelligent and loyal dogs.There are some genetic and non-genetic disorders present that have been seen more common in German Shepherds than other Dog breeds.Breeders do work for centuries to make a breed more healthy and suitable for families and other useful purposes.Here are some diseases described below to which German Shepherds are prone.This might help you diagnosing the disease earlier to prevent bigger damage later.
HIP DYSPLASIA:
This is one of the most common bone disorder in Canine World.This is an inherited disease most of the dog breeds suffer from.German Shepherds are also prone to Hip Dysplasia.This is a hip joint disorder and mostly occur in dogs in the form of Canine Hip Dysplasia.Actually,a hip joint has two main components a ball and a socket.In this disease the ball and socket in the hip joint does not fit together as a result are no longer able to bear the pressure and cause massive friction in joints.This disease usually appears in the early age of a dog's life.It can badly affect the physical activity of your dog and would gradually make it too weak.

ELBOW DYSPLASIA:
This is not very much different from Hip Dysplasia discussed above.Male Labrador Retrievers has been seen more prone to this disease than female Labs.This disease also appears in the early ages of your puppy almost at the age of four month.This is also a genetic disorder and most of the dogs having this suffer from this disease throughout the whole life.In this disease during the period of bone development the elbows do not develop properly or develops in an abnormal way that later on prevents the right movement of elbow joint.

CANINE CANCER:
Cancer is the most leading disease disorder that causes most deaths in dogs every year.Cancer is a numerous division of body cells and can appear in any age but have been seen mostly in old dogs.The cancer is curable in it's early stages but one should be aware of it's symptoms to nip it from the bud.Almost 35% of all dogs die with cancer.Common symptoms of Canine Cancer are as follows.

SYMPTOMS:
EPILEPSY:
This is a seizure disorder that appears in two forms including Idiopathic and acquired.In this disease most of the dogs show abnormal behavior like snatching or attacking.A dog may use as much force as it has to get anything.Your dog may run if set free suffering from Epilepsy.Dogs show this abnormal behavior due to the affect in electrical impulses that carries orders from the brain to be performed

VON WILLEBRAND DISEASE (vWD):
This is an inherited disorder that appears due to the less Willebrand's factor in blood which prevents blood clotting.Normally the platelets present in the body cells perform the clotting of blood that is a necessary process to stop bleeding.Dogs suffering from this disease does not have sufficient amount of platelets or the platelets present in the blood does not work properly.

PROGRESSIVE RETINAL ATROPHY:
It is an inherited disorder of the retina of the eye usually given resemblance to film used in camera.This disease does not occur at a specific age and   the dog suffering from this does not feel any pain.However the disease usually occurs in both of the eyes and gradually makes the dog completely blind.Almost all dog breeds has been seen suffering from this disease.
DIAGNOSIS:
Considerable increase in the shine of eye.Partial vision loss.Difficulty to recognize things specially at night.

SUB AORTIC STENOSIS:
This is an inherited heart disorder and mostly appears in puppyhood.In this disease the heart of a puppy develops abnormally and as a result causes different hurdles for normal blood flow through heart valves.There are two main types of SAS Valvular and Supravalvular.Supravalvular is more dangerous and German Shepherds have been seen more prone to this.

DERMATITIS:
This is a skin disorder caused by a mite named Cheyletiella that lives in the outer layer of skin.If you see too much your pet having too much dandruff or scratching excessively near ears or specifically at back then there are chances that he might be suffering from Cheyletiella Dermatitis.Your dog may lose hair at a specific part of his coat and you would be able to see their skin become reddened.This disease is also called Walking dandruff as you would be able to see mites moving in hairs.If there are no mites present but your dog is still scratching excessively then he might be suffering from some other skin disorders.

These are the most common disorders in German Shepherds.Your dog may also suffer from any other health disorder.We suggest you to take your dog to nearest vet if you feel your dog having any of the above diseases.
Image Source:flickr