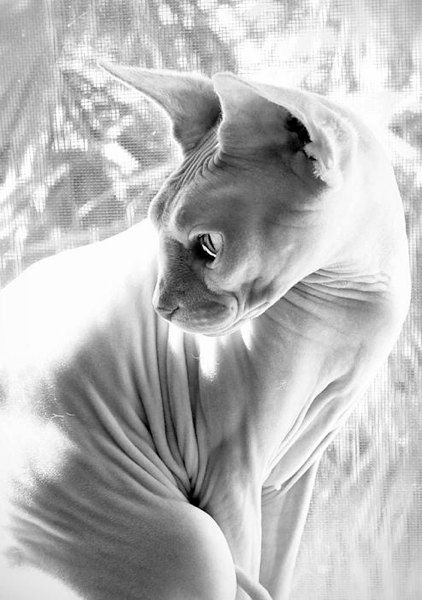 Like Ragdoll Cats this is breed is also a new breed of cats and it's history date back to 1960s when two hairless cats from North America were bred and as a result today's Sphnyx Cat was produced.This cat is thought to be originated in Canada and it was a general mutation who gave birth to these hairless cats.They hardly have some hairs like eyebrows that are also not complete.
The Sphnyx cat from their creation has been suffering from different health problems.Hairless cats were thought to be existed long ago than Sphnyx Cat in Latin American countries.Due to hairlessness you can directly feel the warmth of their body.Sphnyx cat of today have their parents named as Bambie and pankie who were raised by a Canadian Cat breeder.This breed entered the European region in 1970s and has soon become a famous cat among all European countries due to it's unique appearance.
Image Source:gambar