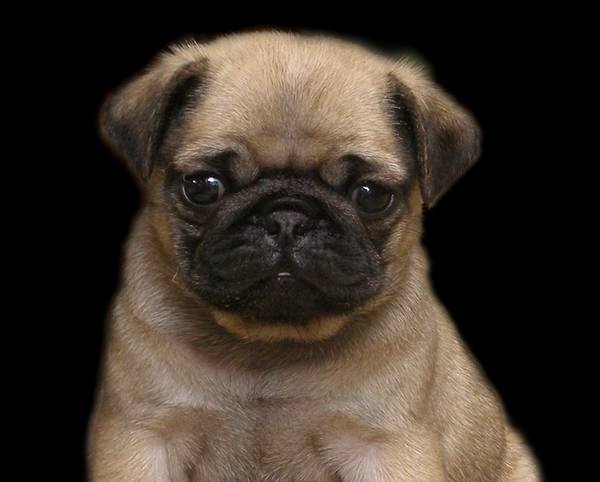 Pugs also called  Mini Mastiffs are considered to be originated in China almost since 400 BC.Since their creation Pugs were a famous animal in Chinese region and they have continued this to recent days and now has become a symbol for celebrities and other important personalities.The reason behind breeding pugs was no other than a house pet therefore this dog has always been getting love of humans and rarely have had rarely suffered.The history confirms their importance in China that some of the emperors have used soldiers to guard their Pugs.Chinese called this dog Lo-Sze and they were exported to Europe in late 16th century.The breed soon became famous in all over the Europe specially in Netherlands where they were carried first and also in France.It is also said that wife of Napoleon a french warrior used Pugs to covey his message to his husband after got imprisoned.
Pugs became the most important and official breed in House of orange as it is said that one of the Pugs of king William saved his life by waking him up at war with Spain.Later the king traveled to United Kingdom where he also carried his pugs who got royal treatment there.
Black pugs are also thought to be existed in 17th century as the painting by an English Painter named "William Hogarth" of Pugs(including black colored) became famous in United Kingdom.However first black Pugs were presented on a dog show in England in 1886.
This big dog in small body was first recognized by American Kennel Club in 1885.
This breed couldn't get much attention in America and has suffered from popularity decline in early 19th century.However after the foundation of Pug club in 1931 Pugs has got the same position in America as they have got in China and Europe.

Labels: Dogs, Pugs
Email ThisBlogThis!Share to TwitterShare to Facebook
at 06:28