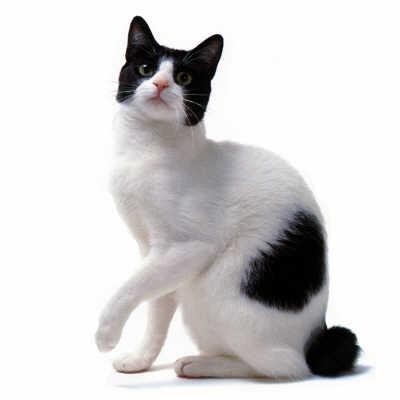 Japanese Bobtail is an old breed of  cat that has been one of the most famous cats in Japan from years.They are thought to be more than a thousand years old and research tells that these cats are originated in China and from there they have entered Japan.This is a natural cat breed.Japanese Bobtails are street cats that like to be free and love to scroll in streets.That might be the result of Japanese Government action of setting the cats free and making of the sale and purchase of cats prohibited.
For a long time Japanese people has used this cat to prevent the enterance of Rabbits to save silkworms.Nowadays Japanese Bobtails are one of the most famous member of feline world and are present all over the world.In 1960 an American Cat breeder Mrs.Elizabeth ordered some japanese Bobtails from Japan.This breed soon got the attention of American cat breeders due to it's unique look and soon become an important cat breed in USA.The Japanese Bobtail also reached to Europe in the middle of 1960s.This breed was first recognized by Cats Fancier's Associaton in 1971.
Image Source:cindysbobtailkittens