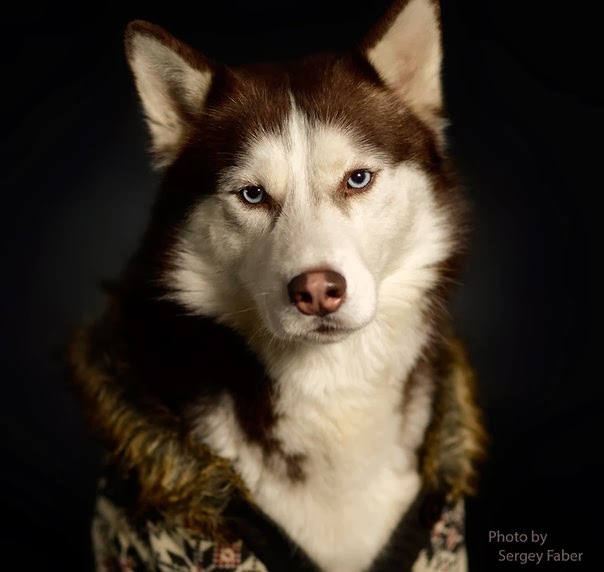 Siberian Husky is generally a healthy domestic breed.Natural conditions best suits them and helps to keep themselves healthy for example it's better for a Husky to be at open place or a yard instead of being in an apartment.Some of health disease Siberian Huskies are prone to are given below.
PROGRESSIVE RETINAL ATROPHY:
It is an inherited disorder of the retina of the eye usually given resemblance to film used in camera.This disease does not occur at a specific age and   the dog suffering from this does not feel any pain.However the disease usually occurs in both of the eyes and gradually makes the dog completely blind.Almost all dog breeds has been seen suffering from this disease.
DIAGNOSIS:
considerable increase in the shine of eye.Partial vision loss.Difficulty to recognize things specially at night.
HIP DYSPLASIA:
This is an inherited disease most of the dog breeds suffer from.Labrador Retrievers are also prone to Hip Dysplasia.This is a hip joint disorder and mostly occur in dogs in the form of Canine Hip Dysplasia.Actually,a hip joint has two main components a ball and a socket.In this disease the ball and socket in the hip joint does not fit together as a result are no longer able to bear the pressure and cause massive friction in joints.This disease usually appears in the early age of a dog's life.It can badly affect the physical activity of your dog and would gradually make it too weak.
CORNEAL DYSTROPHY:
This is an inherited eye disorder that usually affects the both of the eyes.The disease at first may affect one eye more than other but later on both eyes would be equally affected.This bilateral disease appears in three different forms including Stormal corneal dystrophy,Epithelial corneal dystrophy and Endothelial corneal Dystrophy.

EPITHELIAL CORNEAL DYSTROPHY:
This type of Corneal Dystrophy affects the outermost layer of cornea called Epithelium.This layer normally acts as a shield for cornea and protects it from eye infection.It also acts as vision clearer that is why dogs affected by Epithelial Corneal Dystrophy starts losing their vision power gradually.

ENDOTHELIAL CORNEAL DYSTROPHY:
This type of Corneal Dystrophy affects the innermost layer of cornea that is thin and sensitive.This layer actually works to maintain the significant amount water in storma.Dogs suffering from this disorder mostly losses their vision completely and the chances of recovery from this condition are almost zero.