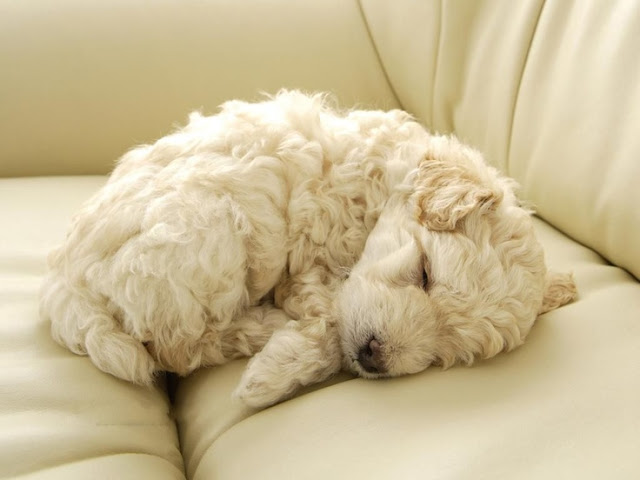 Poodles are a bit sensitive towards diseases.Diseases Poodles usually suffer from are given below.
HIP DYSPLASIA:
This is an inherited disease most of the dog breeds suffer from.Labrador Retrievers are also prone to Hip Dysplasia.This is a hip joint disorder and mostly occur in dogs in the form of Canine Hip Dysplasia.Actually,a hip joint has two main components a ball and a socket.In this disease the ball and socket in the hip joint does not fit together as a result are no longer able to bear the pressure and cause massive friction in joints.This disease usually appears in the early age of a dog's life.It can badly affect the physical activity of your dog and would gradually make it too weak.
HYPOADRENOCORTICISM:
This disease is also called Addison's disease because of Dr.Addison's work on diagnosis and treatment of this disease.This is a fatal life taking disease.The disease occurs due to the decrease in secretions released by Adrenocorticotropic hormone produced by pituitary gland.The disease usually appears in dogs having age around 6-9 years and females have been seen more prone to this disease.The disease appears in three different forms Primary Adrenal form,Atypical form and Secondary pituitary.

PRIMARY ADRENAL FORM:
This is the least dangerous form of the disease or you can say the early stage of Addison's disease and appears due to to the defect present in adrenal glands.

SECONDARY ADRENAL FORM:
In this form of Addison's disease the adrenal glands stops making enough amount of hormones and that is due to insufficient production of the chemical produced by pituitary glands present in the brain.

ATYPICAL FORM:
Atypical form appears when your dog is having a tumor in either in pituitary or adrenal gland.This most severe form of  Addison's disease usually appears in dogs having age around 10-13 years.

This disease appears due to the excess of gas in stomach and can cause death in severe cases.This disease is commonly known a as bloat.When the pressure in the abdomen increase to an abnormal extent the stomach twists and a dog your dog is not able to vomit and tries to find a suitable posture to reduce the pain.The disease may also cause a specific organ death in your dog.
BLADDER STONES:

Poodles have also been seen more prone to Bladder stones than most of other dog breeds.One of the most common symptom is the increase in urine production.Bladder stones may occur due to low quality pet food.
Epilepsy:
This is a seizure disorder that appears in two forms including Idiopathic and acquired.In this disease most of the dogs show abnormal behavior like snatching or attacking.A dog may use as much force as it has to get anything.Your dog may run if set free suffering from Epilepsy.Dogs show this abnormal behavior due to the affect in electrical impulses that carries orders from the brain to be performed.
PROGRESSIVE RETINAL ATROPHY:
It is an inherited disorder of the retina of the eye usually given resemblance to film used in camera.This disease does not occur at a specific age and   the dog suffering from this does not feel any pain.However the disease usually occurs in both of the eyes and gradually makes the dog completely blind.Almost all dog breeds has been seen suffering from this disease.
DIAGNOSIS:
Considerable increase in the shine of eye.Partial vision loss.Difficulty to recognize things specially at night.

VON WILLEBAND'S DISEASE (vWD):
This is an inherited disorder that appears due to the less Willeband's factor in blood which prevents blood clotting.Normally the platelets present in the body cells perform the clotting of blood that is a necessary process to stop bleeding.Dogs suffering from this disease does not have sufficient amount of platelets or the platelets present in the blood does not work properly.
Image Source:omakotivalkoinen

Labels: Dogs, Poodle
Email ThisBlogThis!Share to TwitterShare to Facebook
at 14:12