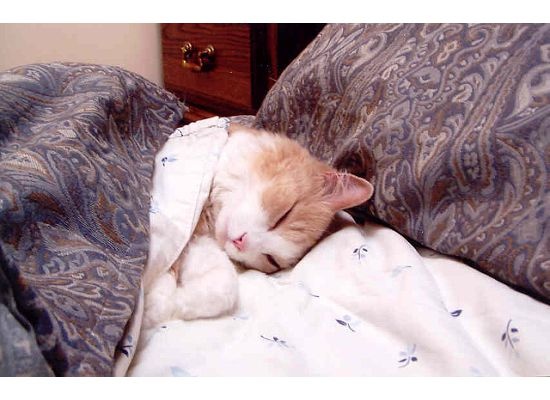 Manx cats are prone to some specific health disorders like Manx syndrome.Here are some diseases explained Manx cats suffer from

MANX SYNDROME:
Manx cats are known for their taillessness that is a result of spontaneous natural mutation.The shorter the tail the better but this also cause many diseases.In some Manx this shortening of tail causes problems related to spinal cord.
SPINA BIFIDA:
This is one of the most seen condition of Manx Syndrome.In this disease the neural tube that that connects the spinal cord to nervous system is unable to close completely.The most seen symptoms in cats suffering from Spina Bifida are inconvenience and urine leakage.

SACROCAUDAL DYSGENESIS:
This is also an inherited disorder seen in Manx cats.In this disease the gene that shortens the tail affects the development of spinal cord which causes problems like loss of balance,poorly developed vertebra and other digestive issues.


HYPERTROPHIC CARDIOMYOPATHY:
Manx cats have tendency to develop Hyoertrophic Cardiomyopathy.This particular heart disease affects almost all members of feline world.This disease is caused by thickening of the inner heart muscle that prevents the normal blood flow and affect the working of heart.This disease can also appear in early days of kitten and can cause immature death.A cat needs a yearly scan to keep it confirmed that it is not suffering from HCM
CORNEAL DYSTROPHY:
This is an inherited eye disorder that usually affects both of the eyes.The disease at first may affect one eye more than other but later on both eyes would be equally affected.This bilateral disease appears in three different forms including Stormal corneal dystrophy,Epithelial corneal dystrophy and Endothelial corneal Dystrophy.

EPITHELIAL CORNEAL DYSTROPHY:
This type of Corneal Dystrophy affects the outermost layer of cornea called Epithelium.This layer normally acts as a shield for cornea and protects it from eye infection.It also acts as vision clearer that is why cats affected by Epithelial Corneal Dystrophy starts losing their vision power gradually.

ENDOTHELIAL CORNEAL DYSTROPHY:
This type of Corneal Dystrophy affects the innermost layer of cornea that is thin and sensitive.This layer actually works to maintain the significant amount water in storma.Cats suffering from this disorder mostly losses their vision completely and the chances of recovery from this condition are almost zero.

Labels: Cats, Manx
Email ThisBlogThis!Share to TwitterShare to Facebook
at 07:15