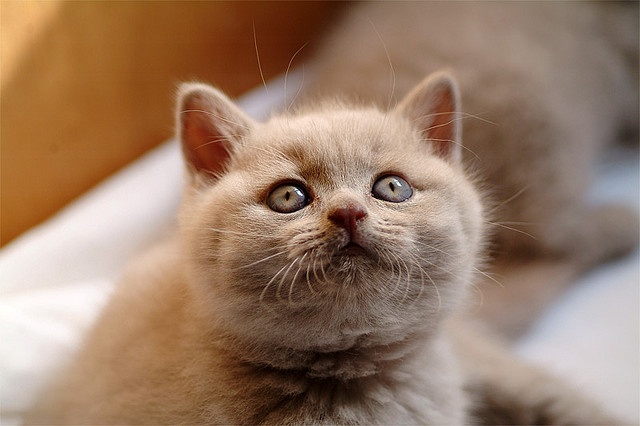 British Shorthair is a healthy cat breed that does not usually suffer from most of genetic disorders present in the feline world.However here are some health problems described below that may help you taking better care for your British Shorthair Cat.
Obesity:
British Shorthair cats are prone to obesity because of their low activity level.These cats sleep a lot (See How much a British Shorthair Cat sleeps?). Your cat needs proper exercise to digest the high protein diet she is taking everyday.You need to be sure that your cat's acticity level is normal to prevent obesity.

HYPERTROPHIC CARDIOMYOPATHY:
is a common heart disease in feline world.This disease is caused by  thickening of the inner heart muscle that prevents the normal blood flow and affect the working of heart.This disease can also appear in early days of kitten and can cause immature death.A cat needs a yearly scan to keep it confirmed that it is not suffering from HCM.Hereditary Myopathy is also common is British Shorthair.It is genetic disorderliness and a neurological disease.It causes muscle disorder and makes the cat so weak that the would not be able to move to even a small distance.

AORTIC THROMBOEMBOLISM:
This is a disease caused by blockage of blood due to a blood clot called embolus.The clot travels from heart to artery and causes massive blockage there and as a result blood flow and blood oxygenation is affected.In most cases the hind limbs are affected due to the blockage in arteries supplying blood to hind limbs.Cat suffering from this disease is unable to move rare legs because of less blood supply.This disease can cause severe pain and swollen muscles.

HAIR BALLS:
British Shorthair cats have dense coat and are prone to hair balls.Proper and careful grooming can reduce this problem.
Image Source:littlekitty