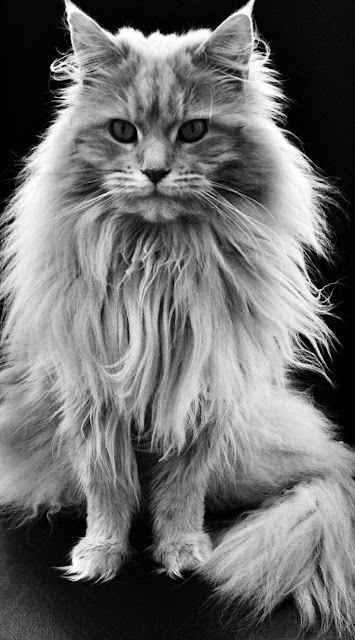 Maine Coons are considered to be as one of the oldest domestic breed of cats.However their exact origin is still unknown but there are some myths and folks present that are considered to be true.They are also named as"American Long hair".A large number of Maine Coons are now present in "Maine" in North America.They are thought to be originally belonged from Scandinavian and other European countries and thought to be reached to America by sailing ships and settling of the people of Europe in different parts of American region.They mostly believed tail is of the Queen of France "Marie Antoinette" who wanted to escape from France and took a ship with some long haired Turkish cats.Those cats bred with American Short haired cats and as a result modern Maine Coons were  produced.Maine Coons were very famous in the 19th century and were started to be shown at different cat shows and become the Apple of peoples eye but in the middle of 20th century their popularity has decreased that took about 30 years for them to retake it.