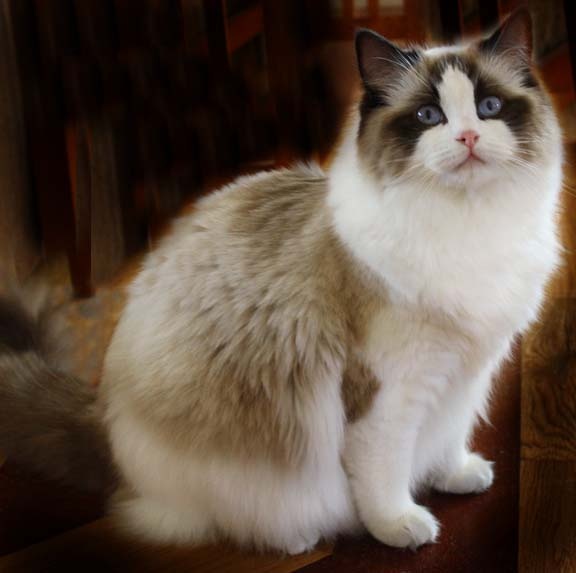 Ragdoll is generally a healthy cat breed and is famous for their large size semi long-haired coat and amazing hunting skills.However,they are prone to very common heart disease.
Hypertrophic Cardiomyopathy(HCM) this disease is caused by thickening of the inner heart muscle that prevents the normal blood flow and affect the working of heart.This disease can also appear in early days of kitten and can cause immature death.This is a genetic disease.
Ragdoll is also prone to Spinal Muscular Atrophy(SMA) that is a muscle weakening disease and usually appears in the back limbs.In this disease the cat loses the neurons and due to which they can not sit properly or in the way they use to.This disease is also genetic.
Hip Dysplasia has usually been seen in almost all cats and due to their larger size The Ragdoll is more prone to this disease.This is caused by joint failure and specially hip joints that becomes weak and are no longer able to bear the weight.This disease can also appear due to obesity in animals.The ball and the socket present in the hip joints are disturbed by this disease and they do not remain in their original shape and that causes massive friction and grinding of bones that can cause a severe pain.
Polycystic Kidney disease(PKD) as the name shows it's a kidney disorder in which small cysts appears in kidneys that effects their function of purification of blood and water.This disease may occur in early ages but can be controlled by giving high quality food and hygienic environment.
Image Source:tmragdolls