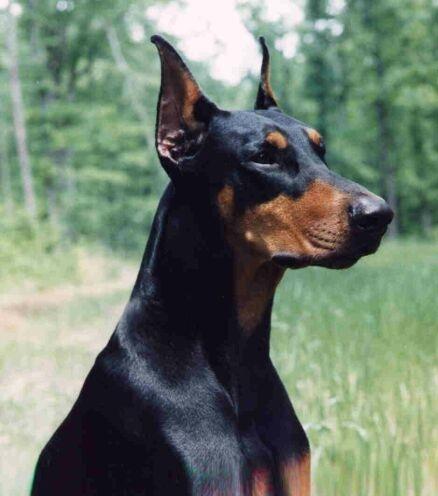 Doberman Pinscher is a new breed of dogs.First doberman was registered by American Kennel club in 1908.This breed is a result of breeding of many different dog breeds like Rottweilers,old shepherds and Pinschers.They were actually made to protect and that's why they have great ability to guard.The first time when Dobermans were actually seen by the people was 1876.The first Doberman is believed to be produced in  lower Eastern part of Germany in state Thuringia.This breed is named after a German native Philip Greunig who has studied and played an important role in the development of this breed.