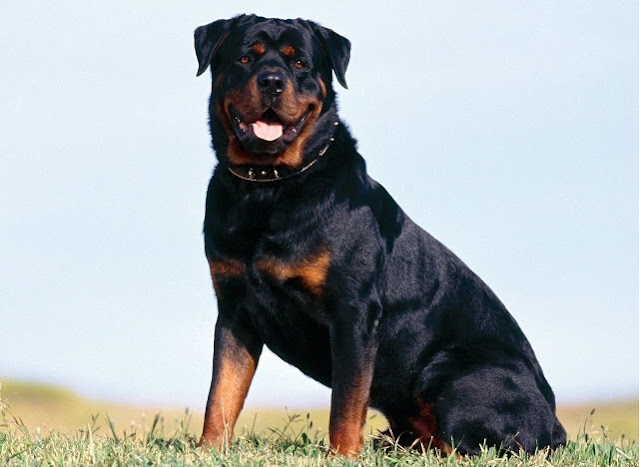 The Rottweiler breed is first recognized by American Kennel Club in 1931.Years back they are known in Europe by the name of Rottweiler Metzhund that is a German name.The reason behind that name is a town named Rottweil.It is also believed that this dog breed had a connection in past with German Shepherds.They were actually bred to make a strong and powerful working dog.
They were used as a guard for properties and treasures and also to guard different kind of useful animals.In early 20th century this breed was almost ignored and disappeared for few decades then after that in the middle of 20th century it again cached the attention of people and appeared again and now is one of the most popular breed of dogs.
Image Source:dog

Labels: Dogs, Rottweilers
Email ThisBlogThis!Share to TwitterShare to Facebook
at 16:45